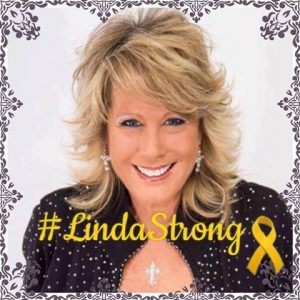 Imagine This….I was just starting out my career when I was asked to participate in the annual 99.5 WYCD Hoedown. A concert I grew up with and dreamed of playing. After I was booked and nervous as hell about my debut performance I received a phone call. It was Linda Lee Young. She explained that she was going to do promotion on me for the concert. On me? I wasn’t on the big stage or a headliner….but she walked me through it like a pro. She cared….she made me feel like I was every bit as important as anyone else and was the kindest, warm hearted radio personality I have ever worked with. Here’s the best part….she was genuine, it was who she is. Sadly, Linda recently lost her battle with Cancer and country music as a whole not to mention Detroit lost their amazing patriarch. Thank you Linda for making me feel special….for always supporting not only me…but every little guy that was local and supporting us. Thank you for being a fan as well as “our boss” during some shows. To say you will be missed is the understatement of the century. Heart felt condolences go out to her family as well as her co-workers and listeners as well all grieve. As you know I was supposed to release new music on the 1st which has been postponed a bit. God bless you Linda.