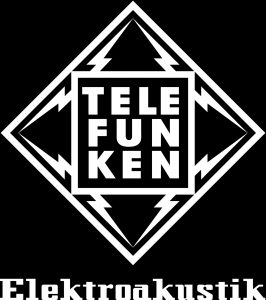 Singer/songwriter, performer and country recording artist David Shelby (Highway South Records), who has garnered acclaim from country radio and its fans for his “Detroit-Meets-Nashville” music ability (as introduced via his 2013 national CD recording RUST BELT COWBOY), has entered endorsement relationships with Phaeton Trumpet (Barrington, IL) and TELEFUNKEN Elektroakustik™ (South Windsor, CT).  The dual alliance is a result of Shelby’s attendance and performance at the 2014 Summer NAMM convention in Nashville this summer.  Shelby was presented with Phaeton Model: PHT FX-1100 and a Telefunken Model: M81 WH microphone.

Raised in a proud Polish-Russian family, David’s introduction to music was a cultural tradition and served as an integral part of his youth. Beginning with an accordion, advancing to the trumpet and ultimately graduating with guitar in hand, Shelby set himself apart as a scholar of music and a well-rounded instrumentalist with a mind “wired for sound.”  A natural-born musician and composer, ace trumpeter Shelby was recruited as a member of the touring families of international award-winning recording artists such as The Turtles, Little Anthony & The Imperials, Stevie Wonder and Davy Jones (The Monkees); he has opened for

Styx and Foreigner, and played before sold-out crowds at some of the world’s largest venues (including DTE Energy Concert Venue and First Midwest Bank Amphitheatre–formerly The World Music Theater–in Chicago).

“I don’t think the instrument has been prominent since Johnny Cash’s ‘Ring Of Fire,’ so we’re reintroducing the trumpet to country music—Detroit style,” Shelby said. “The Telefunken mic is innovative in ‘pronounced vocal sound; we are excited to put it to the test on the road this
fall.”

David’s recordings clearly reflect his admiration for Nashville and the history of country music, the evolution of rock ‘n roll, and the rhythm and grooves that shout: “Detroit!”  His debut national recording project RUST BELT COWBOY (produced by Shelby, F.J. Turner/Tazmaraz Music and Chris Virzi) is a melded representation fueled by the gears and chains of Shelby’s innovative style.  He recently completed his sophomore recording project under the direction of both Teddy Gentry and Russ Zavitson (co-producers of Shelby’s new EP entitled OH YEAH scheduled to be released in November 2014).